If you are reading this post you're very much likely not a fan of systemd already. So we won't preach on why systemd is bad, but today we'll focus more on what are the alternatives out there. Our approach is obviously not for settling for less but for changing things for the better. We have started the world after systemd project some time ago and the search isn't over.

So what are the non-systemd distros out there? 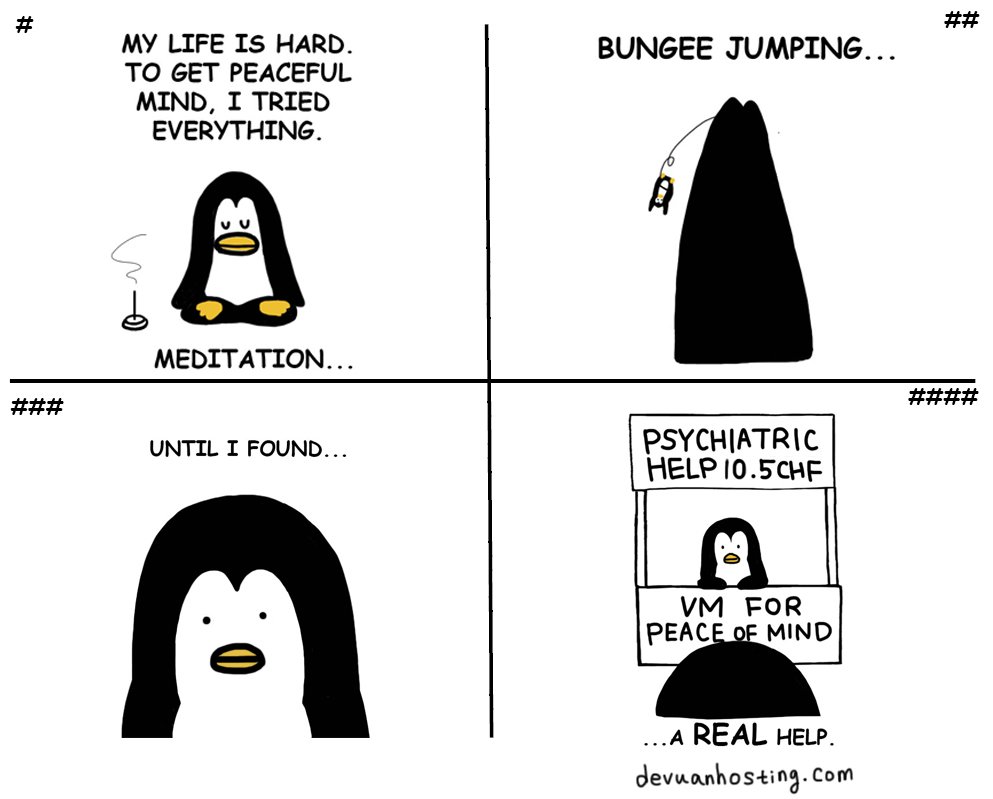 Devuan is Debian without systemd. The name itself is a blend of two words Debian and VUA (Veteran UNIX Admins).

Devuan was first forked from Debian since its announcement of systemd as a default, and the first stable release of Devuan was published in 2017. Devuan uses the same APT package manager as Debian, but it maintains its own repositories. Basically these repositories have the same base as Debian, but they contain patches that enable things to run without systemd. For init sytem, Devuan uses sysvinit as the default which used to be the standard for many versions of Linux, including Debian before systemd.

We in fact have built our whole data center on top of Devuan. For our take on Devuan you can read further on this article. 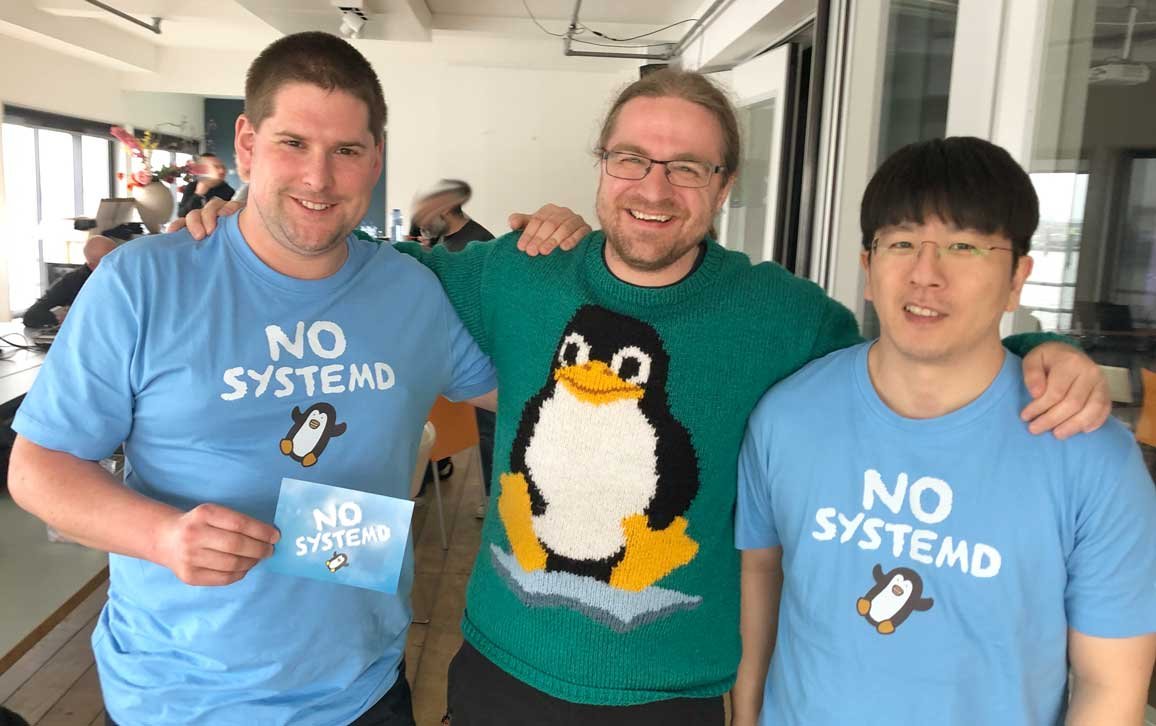 We've been working closely with Devuan developers and organisers and have openly been an ambassador for Devuan since its beginning. We support devuan VMs at Devuanhosting.com and IPv6onlyhosting.com and datacenterlight.ch

We have to say, we love its name. How can we not? We're a Linux/FOSS/IPv6 company based in the Swiss Alps. If we got to name a Linux distribution ourselves, we'd name it as Alpine Linux. Somebody was smart and did it before us, and turns out, we LOVE Alpine Linux. Yes we'll say it again, we love it! 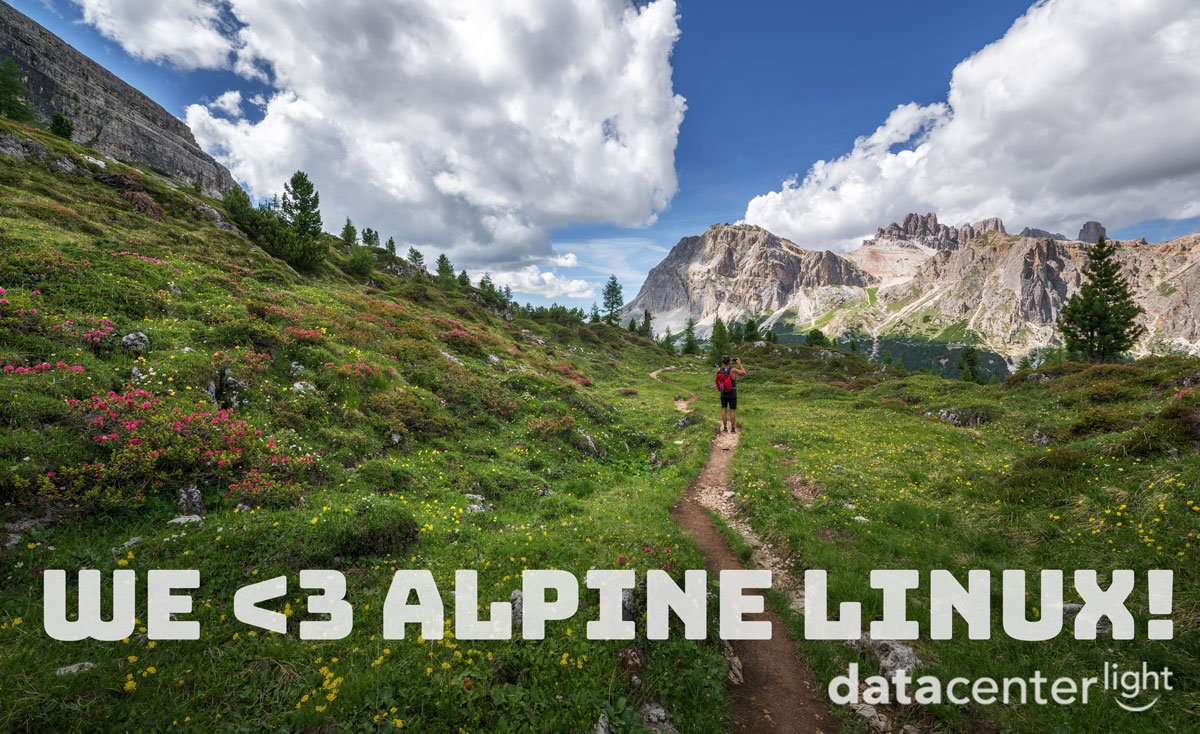 Alpine Linux has been around much longer than Devuan, its initial release dates back to 2005. Alpine is based on musl libc and busybox. It is small and simple, realising the UNIX spirit to the core: doing one thing and doing it well. Opposite of systemd for that matter. It uses its own package manager apk, the OpenRC init system and script driven setups. It is designed with minimalism at its best, enabling easier maintenance for security. Because of its lightweightness Alpine has been very popular for containers, and we see its beauty can benefit running with servers and desktops. Talking about running servers with Alpine Linux, will be one of the main tech tracks for our upcoming Hack4Glarus.

Artixlinux is Arch Linux based distro, and it is a replacement of Arch OpenRC and Manjaro OpenRC, which are both discontinued. You get all the fun and speed from Archlinux but without the Systemd. 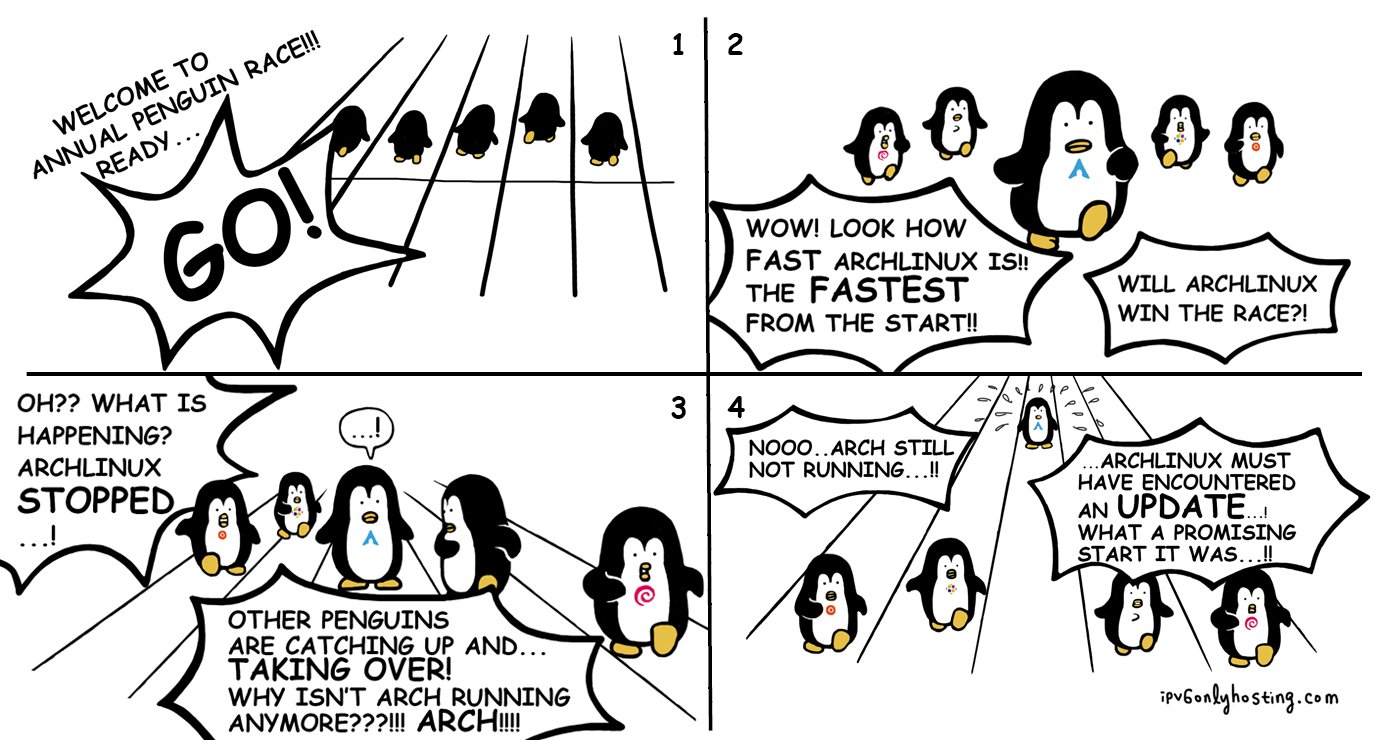 Void is not a modification of an existing distribution, Void's package manager and build system have been written from scratch. Void replaced systemd in 2014 and since then uses runit as the init system. We have no first-hand experience with Void, but we found a very helpful and thorough review here (Why Void Linux?), in case you want to read further on what using Void is like.

Yes, Slackware. And last time we checked, it's not dead! ("Is Slackware dead?" is actually one of the most frequently asked questions on Google Slackware search.) Slackware is one of the oldest distros out there, its initial release dates back some 25 years ago (1993), and it has a reputation for being “raw.”  Slackware uses BSD-style startup scripts as its init system.

Funtoo, if it is not obvious from its name already, is a fork from Gentoo - one of the oldest Linux distribution, well known for its excellent documentation. Funtoo fork was started by the Gentoo founder and uses OpenRC as init system.

Now, with Gentoo it's interesting. While the Gentoo handbook says it uses OpenRC as default init system, we received mixed feedback from different people on whether Gentoo is a systemd distribution or not. So: we ran a small poll on Twitter: "Is Gentoo systemd distro?" The result was not exactly a clean-cut.

After the release of this post many people pointed us to the fact that GNU GUIX is also systemd-free. GUIX uses the GNU Daemon Shepherd as its init system, and the roll-back feature of GUIX is inherited from NixOS.

Linux From Scratch is such a great option, we recommend it to everybody: you'll learn so much from it! Do it your own way from the scratch and make us proud. Thank you Chris from Twitter for the shout!

That's the most well-known Linux distributions without systemd to easily get your hands on today. Our 2 favorites are Devuan and Alpine Linux, and that's why we support them on our data center. For both Devuan and Alpine users we give out free stuff on our sale page occasionally - because we think you need more love when you go against the default. You can check out the latest offers and free giveaways at our sale page on Data Center Light, which we update with new stuff every week.

Are there more you know without systemd? Let us know! You can reach us via Twitter @ungleich or our open chat, chat.ungleich.ch

Update 2019/05/21-2: Since the release of this article, many readers have informed us on more Linux distros without systemd! Thank you! The list follows:

- antiX linux is a lean distribution based on stable Debian, and uses sysvinit as init system. AntiX linux has packages free of libsystemd.

- PCLinuxOS is based on Mandrake Linux and uses sysvinit as init system.

- Obarun is based on Arch Linux and uses s6 as default init system.

Update 2019/09/10: We are very happy to keep updating this with inputs from the Linux community. Keep them coming!

- KISS Linux is source based and uses busybox init as default init system. It also has a nice list on its homepage what it is free from, such as systemd, dbus, and more.